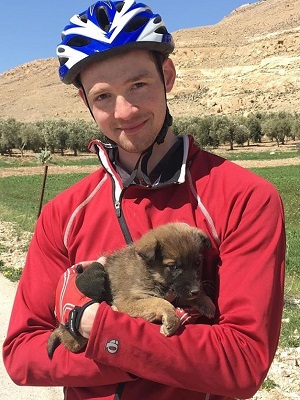 If the dog does NOT leave you alone, we recommend the following steps: 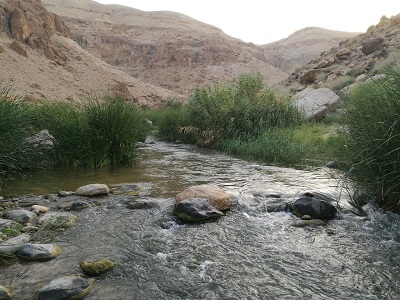 KIDS THROWING ROCKS
Most people in Jordan are incredible hospitable. However, cycling is a relatively new sport in Jordan, and especially kids in the rural communities are not used to cyclists, or foreigners in general, and did not learn how to deal with them appropriately. In the past, there were therefore incidents when kids, usually not fully being aware of the possible consequences of their actions, were throwing stones at cyclists passing by. If that happens, we recommend you to immediately stop, and shout at the kids, making very clear that what they are doing is totally unacceptable. You can shout something like “What are you doing?!”, or “Haram!” (meaning approximately shame). Then slowly walk, or cycle away. Please report any such incidents to our team (info@jordanbiketrail.com), so we can monitor them, and report them to the police. This is very important in order to deal with the problem, potentially take appropriate legal action, educate people to behave differently, and thus ultimately ensure the safety of all cyclists. If you are able to take any photographs of the incident that would generally be very helpful.

In a couple of places, the Jordan Bike Trail passes through military checkpoints or near military bases. You may be required to show your passport/Jordanian Visa when crossing a checkpoint, but you should face no other issues.

Jordan is generally a very safe country, and – as mentioned before – most people here are incredibly caring and hospitable. However, as in any country in the world, it is not a stupid thing take some precautions when travelling on a bike route that takes you at times through very remote and lonely areas. Cyclists who already did the bike trail for example made sure to regularly update someone about their whereabouts, or carried some pepper spray with them (especially female-only groups said they felt safer that way). Chances are basically non-existent that you will ever need to use it, but better safe than sorry, right?! 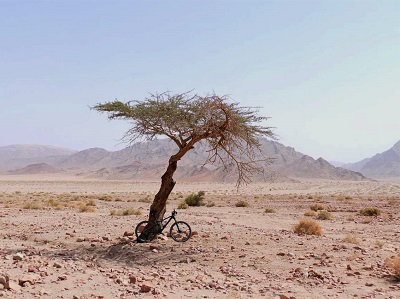 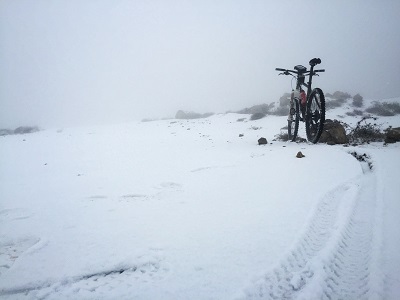